Nothing really special this week, most of them are just some local animals and tokens for my Burning Sands games, though some of them may be featuring in other games in the future as well. One of the games I’m considering of doing is a Pulp exploration game and maybe even Ghost Archipelago.
Most of these have been on my painting list for a very long time and while they weren’t the most urgent, I’m still happy to finally call them done.

First up are the two animals that aren’t meant for Burning Sands. 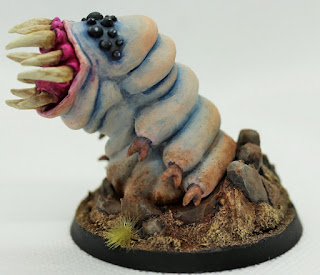 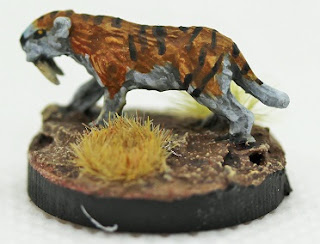 My two ostriches are a bit tall for 15mm and I suspect that I once got them as a freebee or picked them up in a sale (although I can’t remember why). Despite their size and the fact that they’re a bit static, I decided to use them anyway and they’re actually not that bad as far as objectives go. 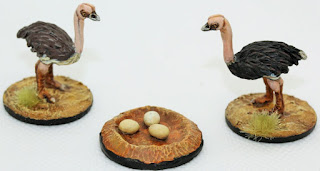 Not sure anymore where the lion comes from, he’s not the best sculpt and a bit shallow on the details (as if from a mould that’s been used for too long) but he will do. For now he’s on his own but I found two 25mm Hasslefree lionesses in my lead and resin pile which, despite a slight difference in size, will join his pride later. 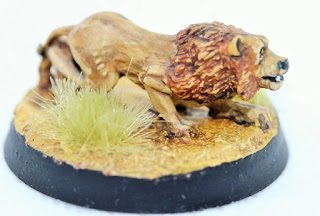 The lizard is another 25mm model from Bad Squiddo games that I decided to use for 15mm anyway as it would otherwise sit in my lead pile like forever. And again the scale difference doesn’t really matter that much. 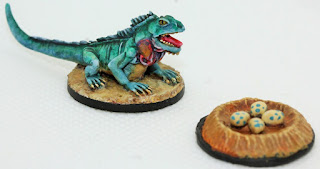 Finally, a bunch of tokens. I put some plastic stones on a washer to represent things like warp- or gemstones. The eggs I got, which actually are dinosaur nests from Magister Militum, came in a pack of three so I painted them all up.

That's it for this week, thank you for reading.