Hello everyone,
Jonathan, my eldest son turned 10 this year.
He's become increasingly interested in board games and tabletop games with me and my wife, so I wanted to give him a special gift for big boys.
Another thing he kind of likes are these pop-culture shows such as Transformers and Pokemon, that and Hot Wheels.
Convenience has it that I recently came across an Australian company from Queensland who has developed a Transformers rip-off miniatures game called 'Bot War'. Which seemed like the perfect gift to me. Funny enough, the thing he was most stoked about when he got the box was the ruler inside 😁.
The models themselves are 8-10mm scale, which means that the robots, while varying in size, are between 35-50mm tall.
While very crisp and slightly bendable, the plastic resin they're using has two fundamental flaws.
First is the fact it doesn't take superglue very well, the glue tends to flow around and pool, causing a crust when it finally dries.
And secondly, the're a hell to clean. I tried filing, scraping, shaving, sanding, nothing seems to work. Even now not all of the mould lines are completely gone and I had to repair some details with greenstuff already.
All of these flaws made them more than a bit of a challenge to prepare and paint. There are a lot of flat surfaces, making it hard to hide any mistakes.
Considering the challenge ahead, I decided to paint up his models myself as that's one thing he's not too keen on himself.
I still need to do the villainous Atlanticans, but here are the Vigilantes from the starter set: 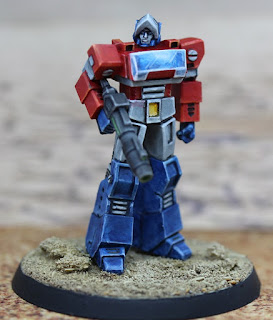 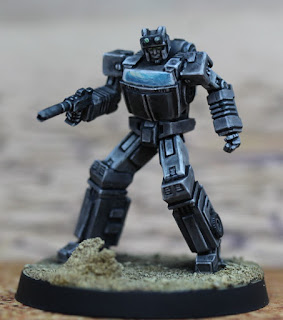 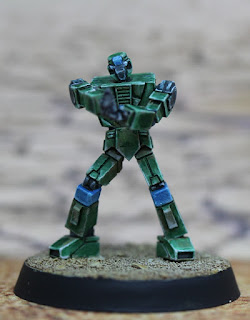 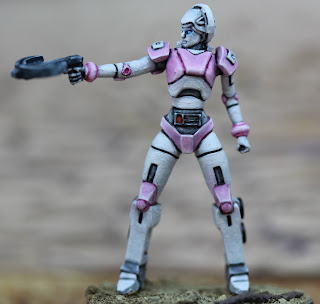 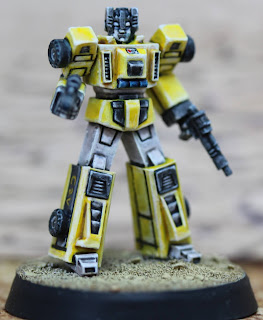 Size comparison, I have to start using a different kind of ruler because this one is pretty hard to read with its reflective surface. 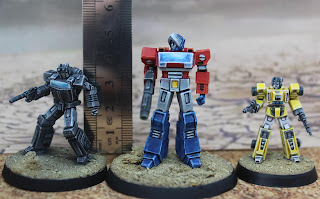 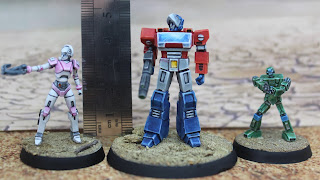 The official set, I don't mean to brag but I think mine look just as good 😉😁. 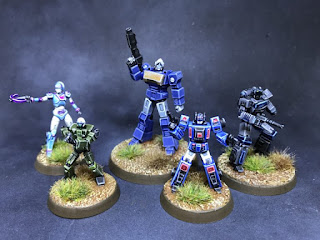 That's it for this week, currently enjoying the term 2 holiday with my kids. Won't be doing much in the next week as we're going on a road trip.
Stay safe everyone, until next time!
Wouter
Posted by Wouter at 10:45